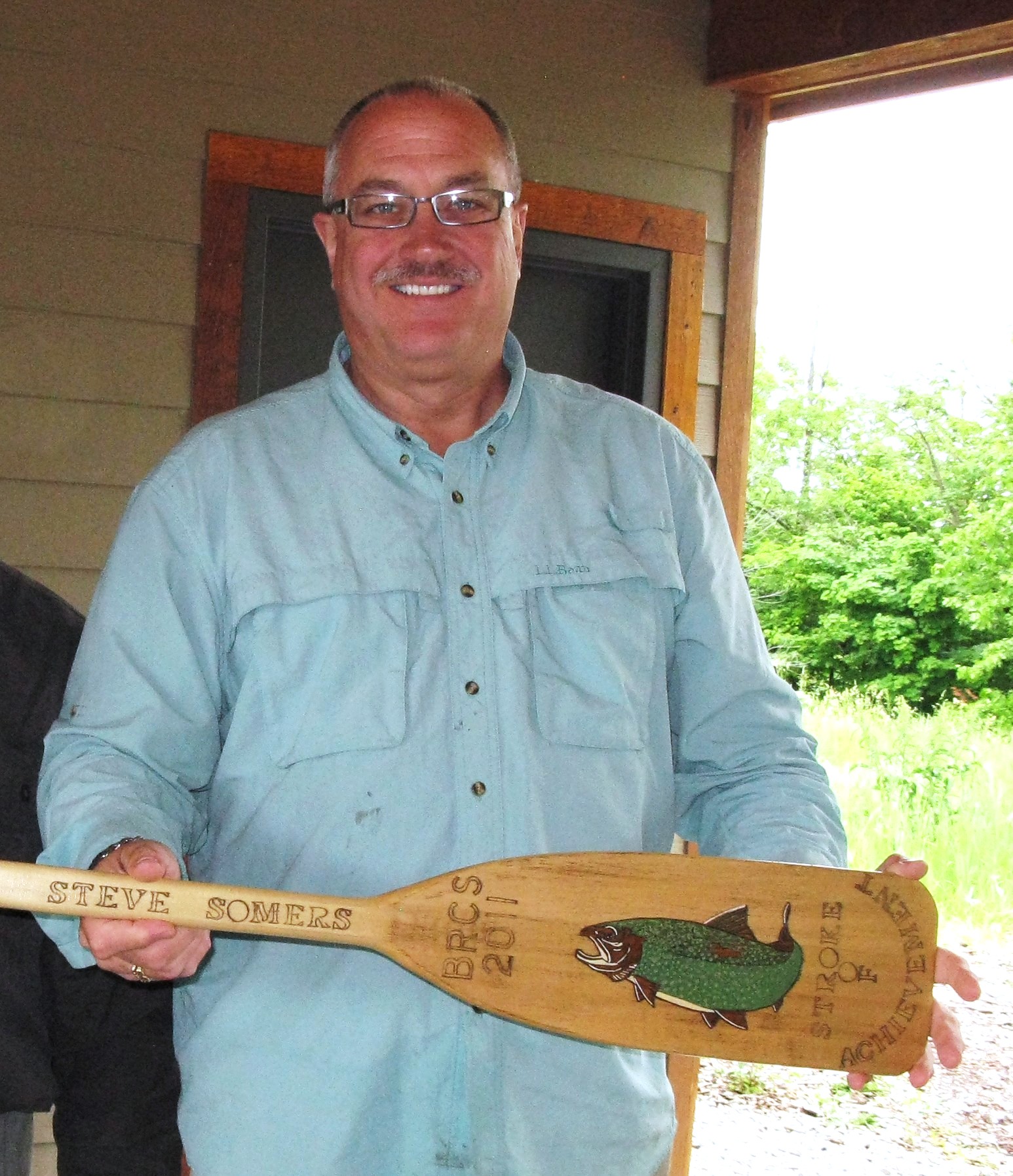 Steve Sommers has led the Downtown section of the BRCS for both the BRCS event and the NCF event for
many years and he and his wife, Patty, have taken on the picnic and have served us many a great picnic meal. 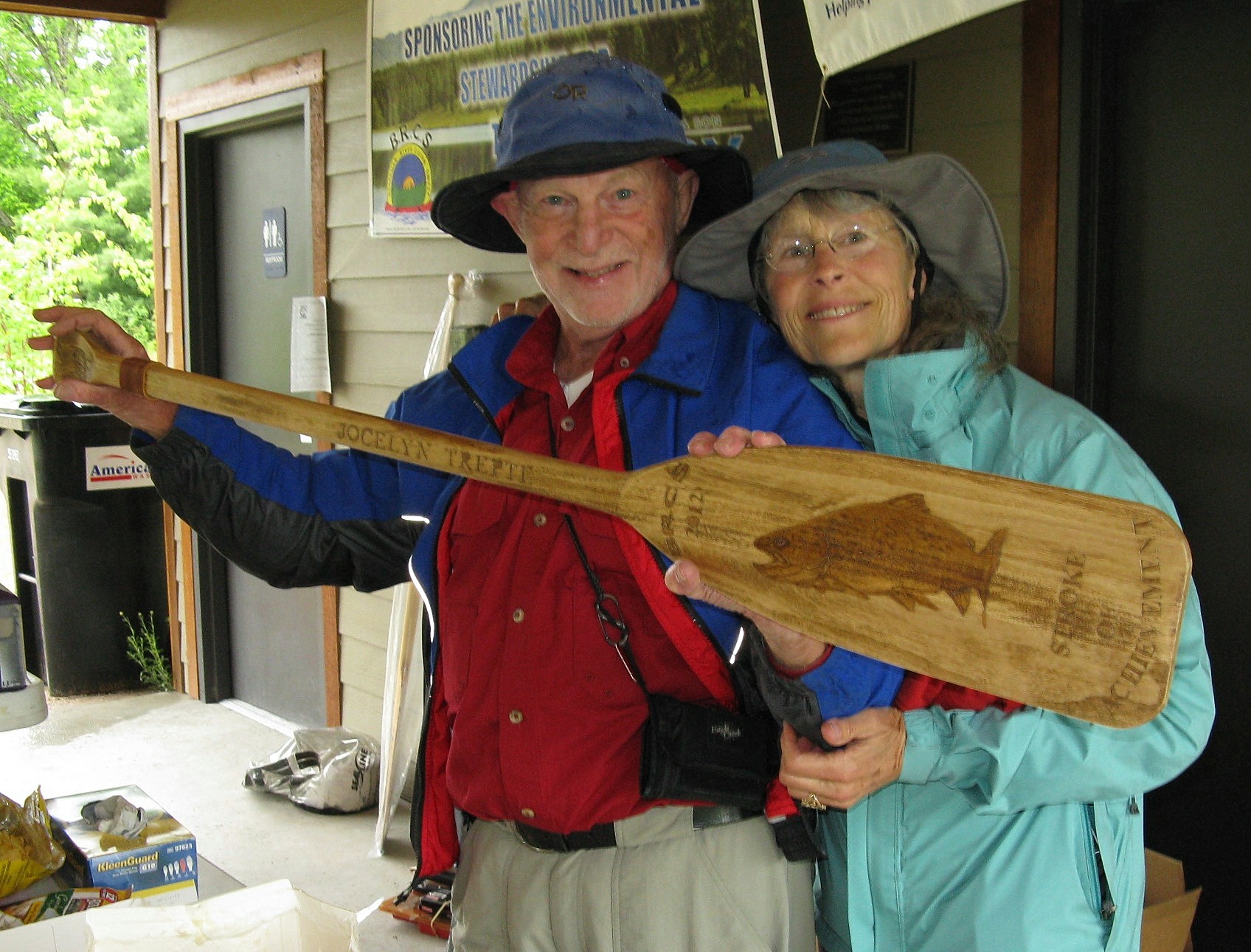 
Jocelyn was at the very first BRCS event in 2004 even before it was called anything. She has helped with
every aspect of the event from planning to designing T-shirts to working as a tireless leader during events. 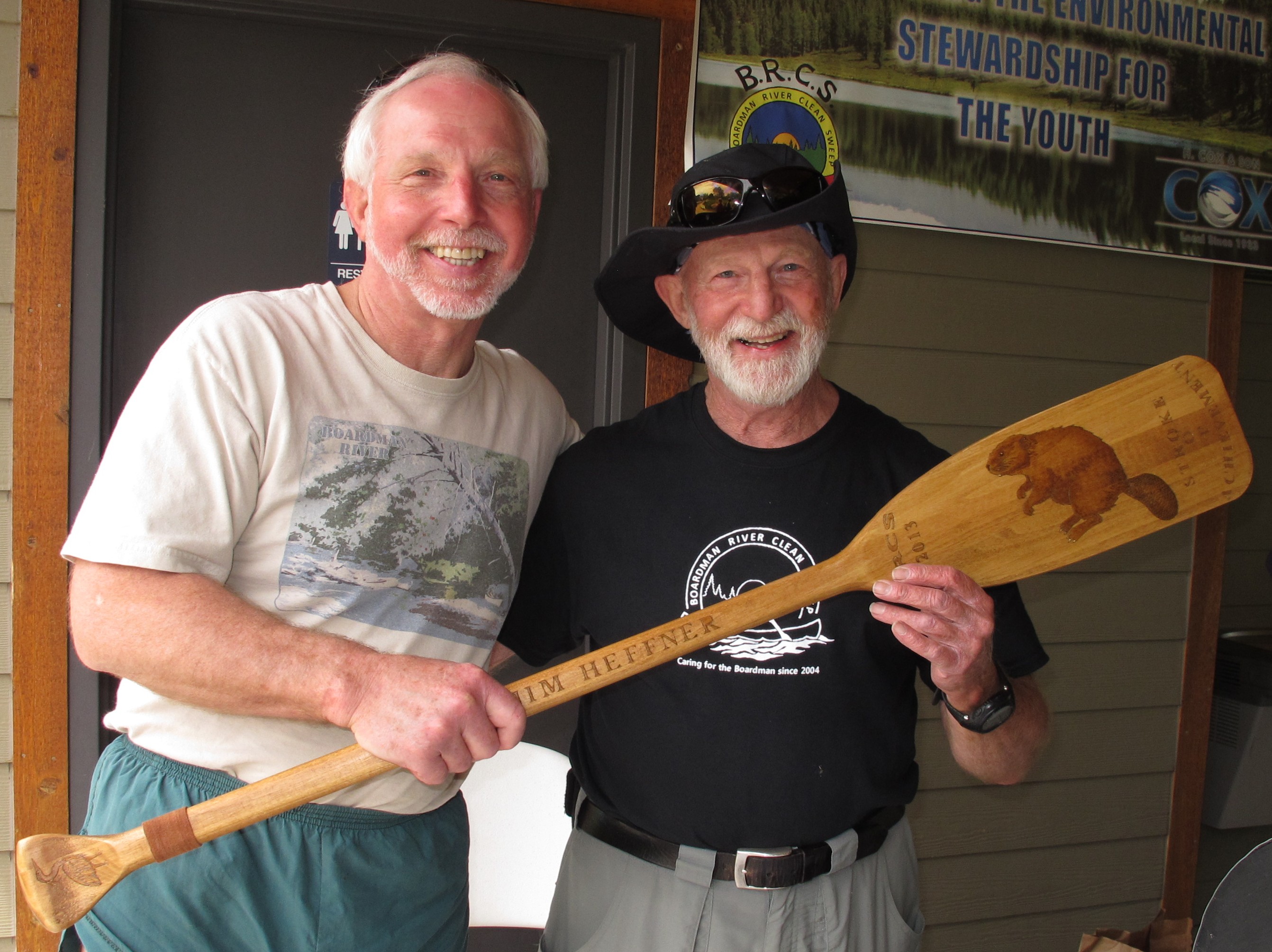 
Jim has been a legendary river and lake cleaner during his time as a volunteer for the BRCS events. 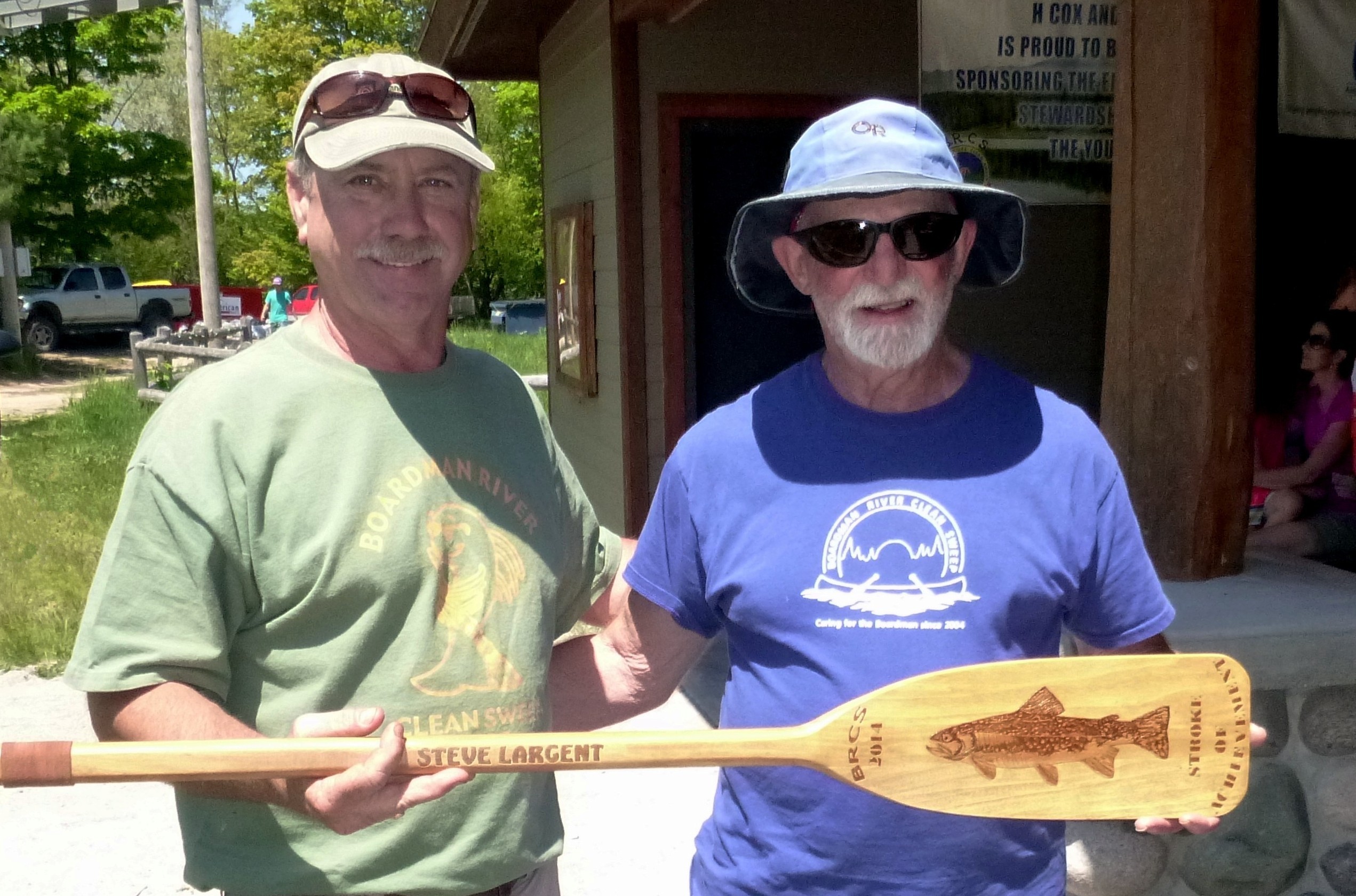 
Steve Largent has provided priceless assistance in helping to get funding, grant writing, DNR contact, contact with TVC
officials, providing access to specialized tools and strong people to do special projects far beyond what the BRCS was
designed to do. We literally could not have been as successful as we have been without the help of Steve Largent. 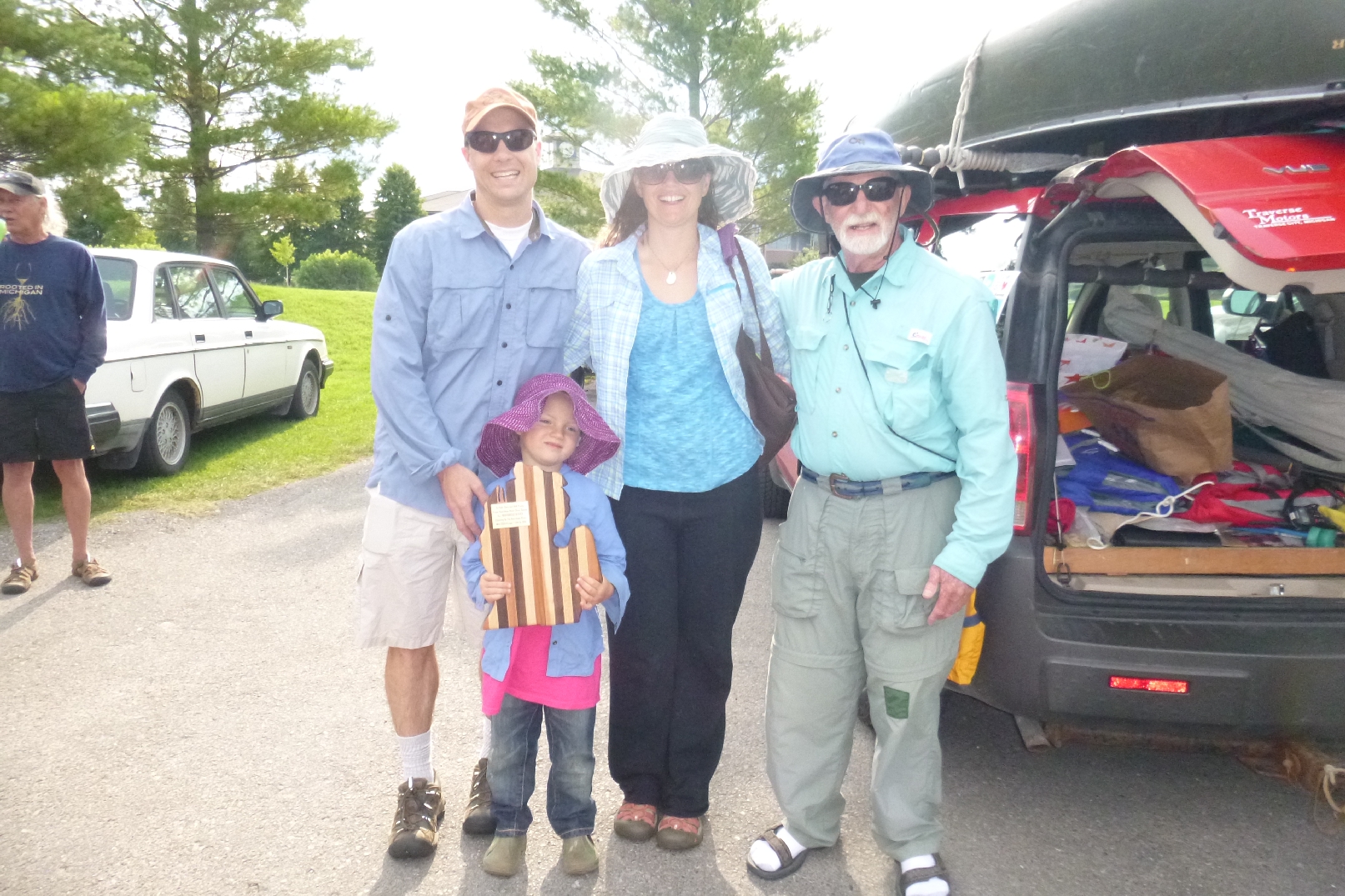 
Kyle and Sara were the first US Coast Guard family to become interested in the BRCS as a community service
project for their USCG crews at the Air Station in Traverse City. They recruited, and led 8 cleanups on the
downtown sections for four years and when they were transferred, they found others to lead the efforts. We
want to wish them good luck and safe travels to their new duty station and we hope that they will be back
to TVC very soon.


John Mesch has been to more BRCS events and projects than just about anyone but me. John has always been ready
to come alone and help out when he could. He also has fished with me which is no small matter. Good work John! 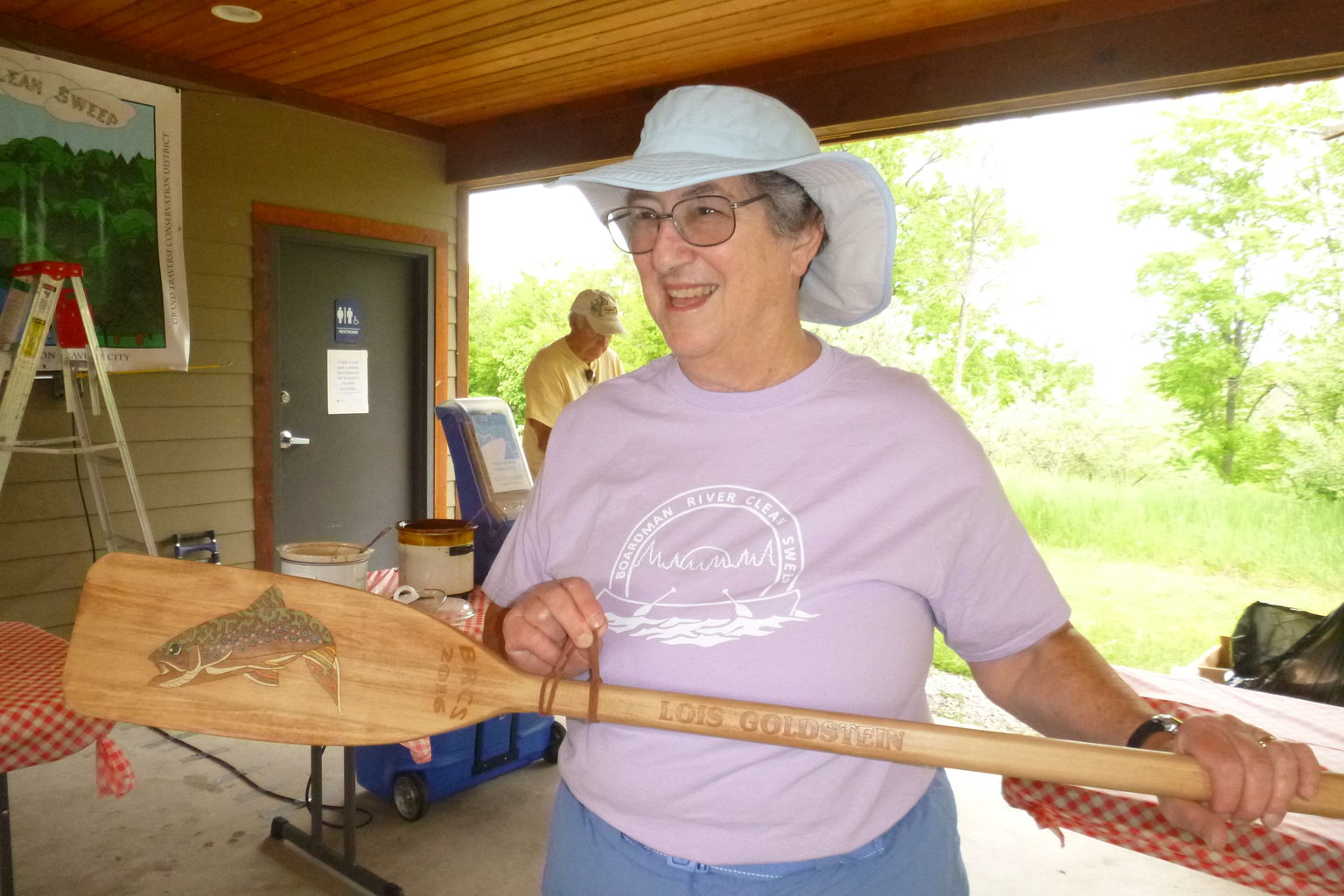 
Lois has been helpful in so many ways. It was Lois who first gave me the ida to do river
cleans in a big way and her support and cooperation has helped us continue our work. 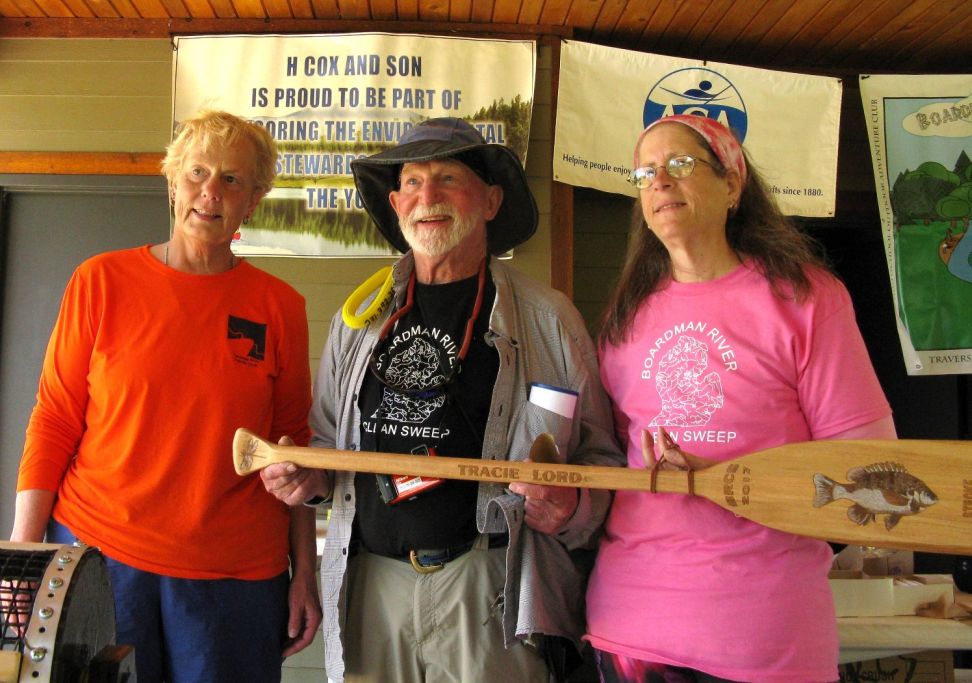 
Tracie has been the backbone of the Paddle Club since the first day she arrived. Tracie's leadership
has held the club together and she has played a major supporting role in the success of the BRCS. 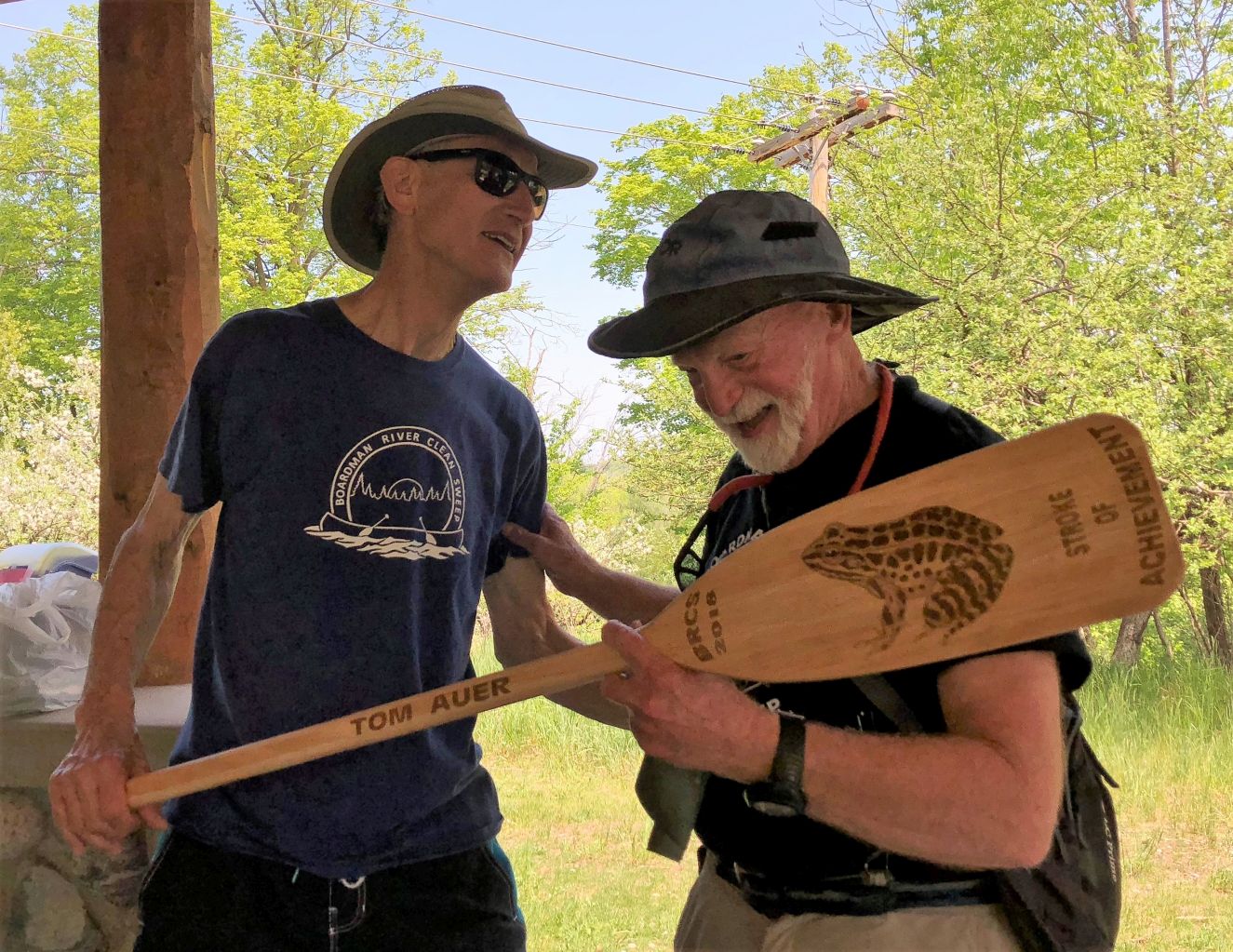 
Tom has stepped up many times to fill in when I needed a volunteer on short notice. He has come to my aid
and his ideas are always innovative and educational. It's a pleasure to be able to give him this award. 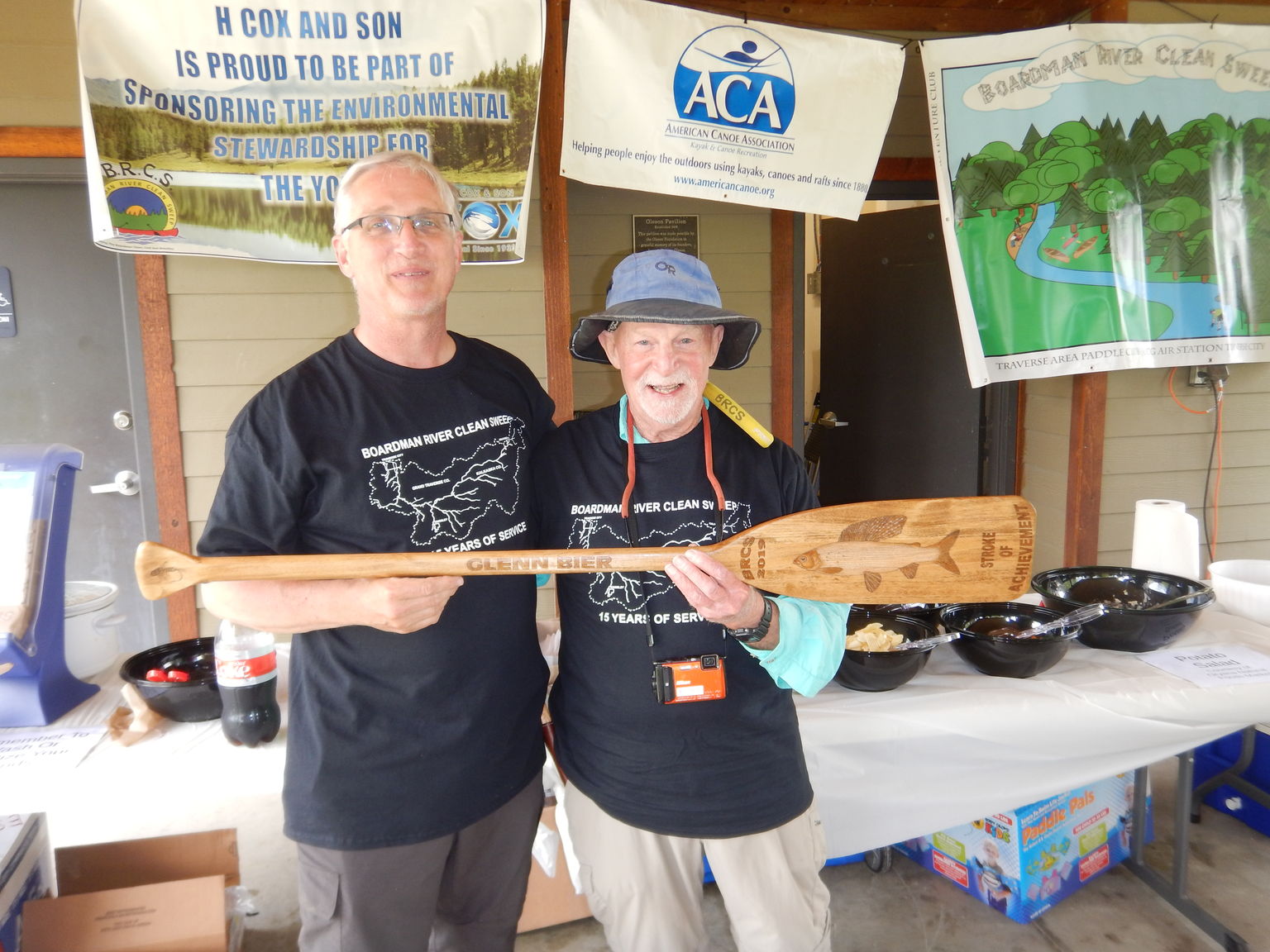 
Glen is our safety person. You can always find him at the back of the pack making sure everyone is ok.
We owe a lot to Glen and he knows it. Glen knows boats. Don't buy a canoe or kayak without asking Glen. 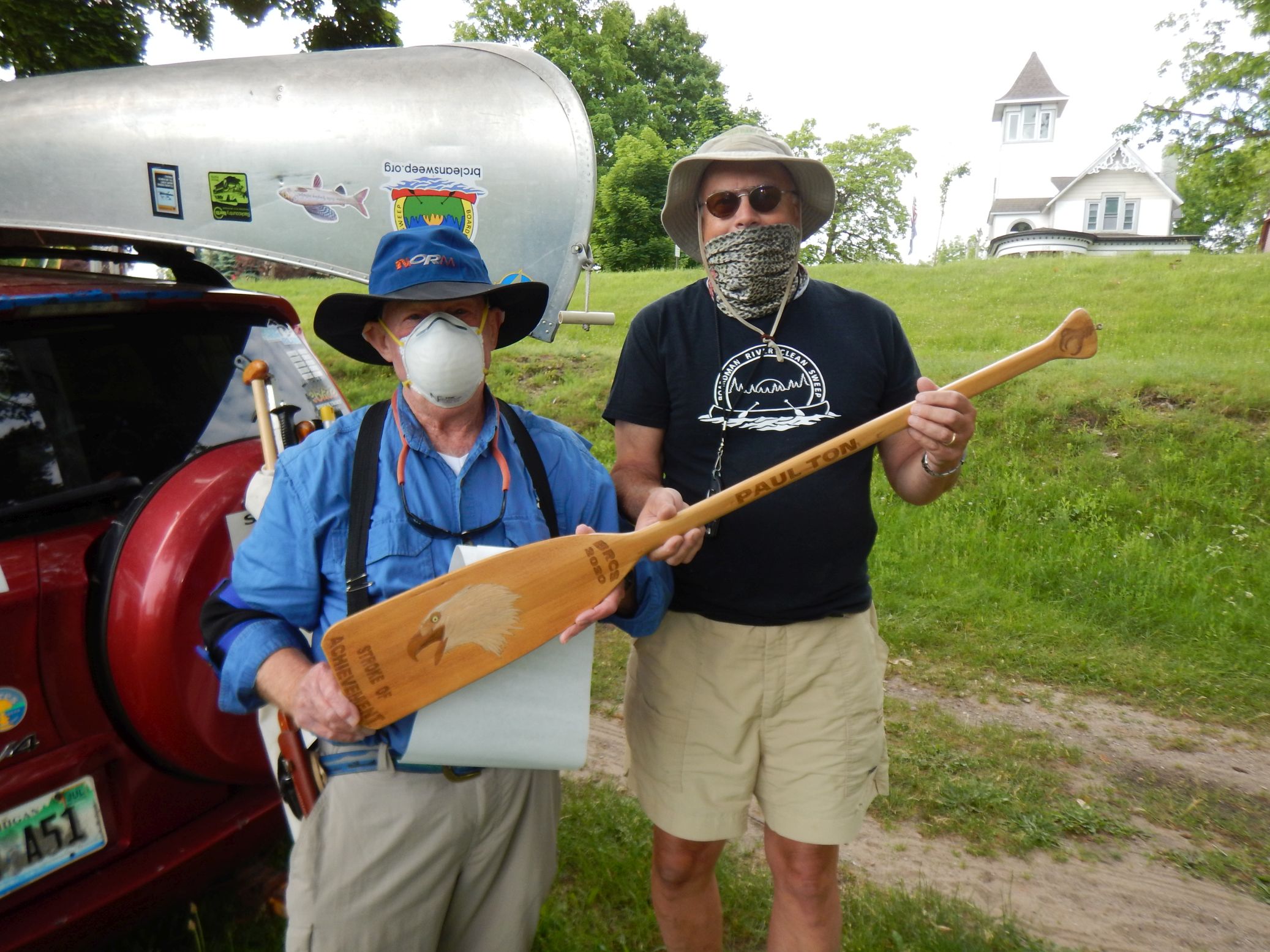 
Paul is always up for just about anything. Many a time, I called Paul and asked, "Hey Paul: You want to go
do a project?" He never asked, "What is it?" He just said, "Sure." This award is long overdue.
We owe a lot to Paul for his help on the 2013 flood cleanup and a lot more. 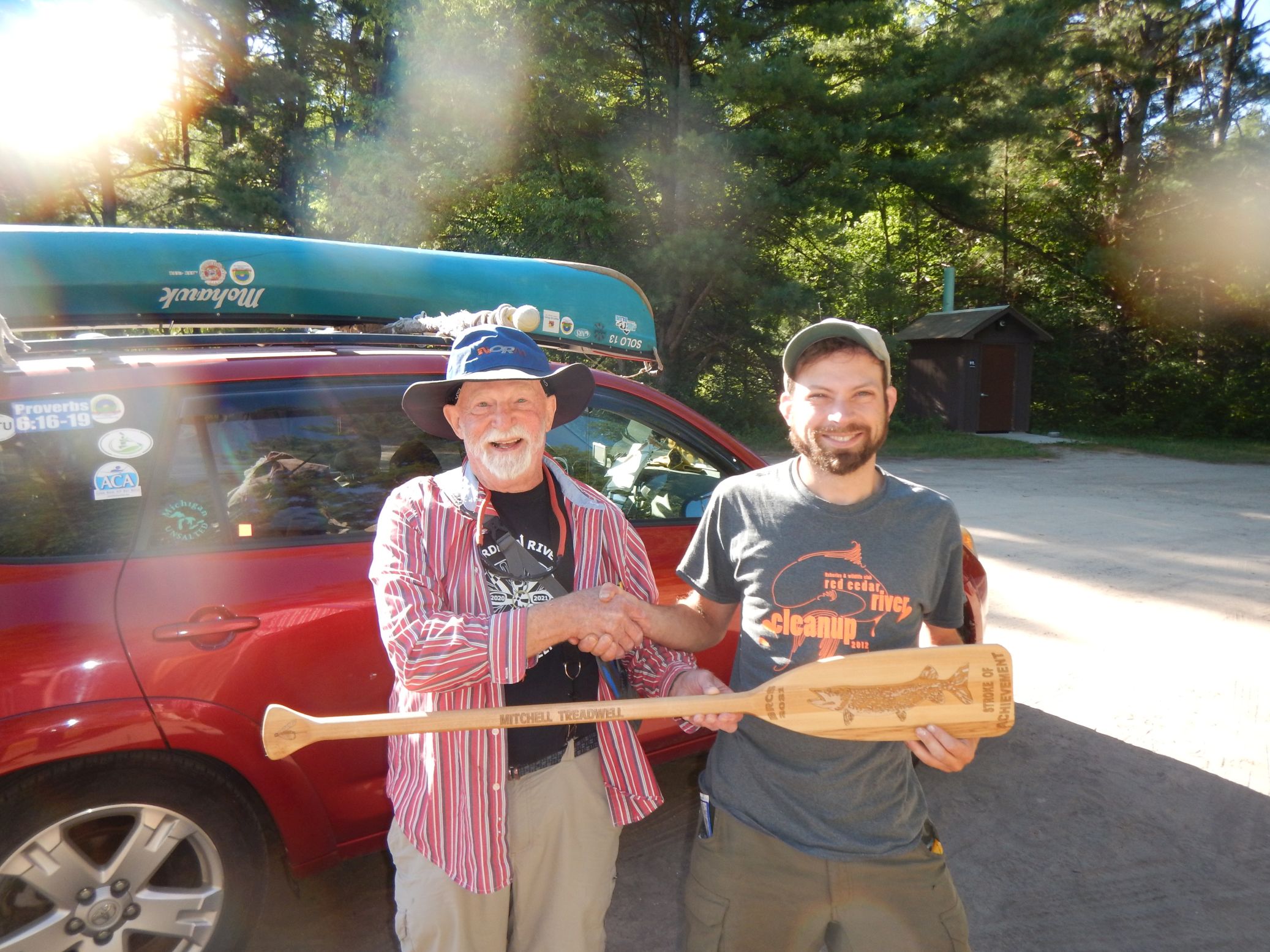 
Mitchell has become the preimminent river cleanup leader for our group. He is a newcomer to the BRCS and
TAPC but he has made up for it with his dedication to paddling and doing cleanups while he is at it. He
single-handedly kept the downtown section of the Boardman River clean during the Covid-19 pandemic and
therefore is much deserving of this Award.


The BRCS wishes to THANK AL BLAIR who makes the award paddles for us for FREE and does such a fantastic job!!!!!

Return To The Main Page