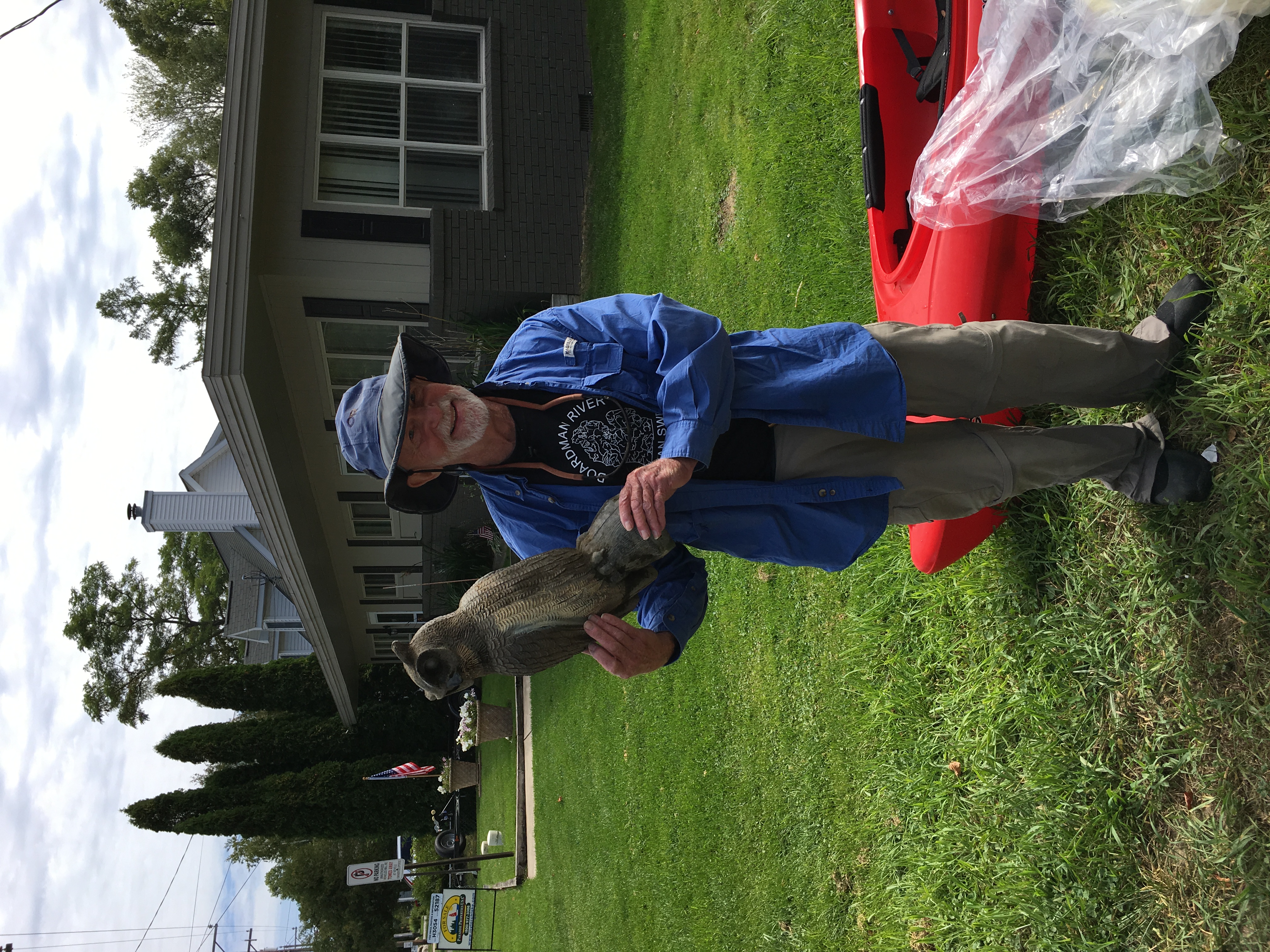 The River Wisdom Award - All Years

The River Wisdom Award was the brain-child of Norm Fred who is always looking for ways to call
attention to the great acheivements of the volunteers of the TAPC.


While on a cleanup on the Torch River near Torch Lake in 2017, Henry Echert found a waterlogged
owl that had been on someone's dock but had been lost in a storm or by some other misfortune.


Norm insisted he take it for a special purpose which was not clear to him at the time.
But later Norm came up with the idea to make a trophy called the River Wisdom Award.


The winners are as follows:


All photos can be found here:

All the photos of RWA winners are here

Return To The Main Page